Kiantama Ltd. was founded in 1973 to do picking, processing and supplying of wild berries to the food industry. Kiantama Ltd. has strong experience in versatile berry processing. Kiantama Ltd. is a family owned business operating in Kainuu, close to its raw material sources. 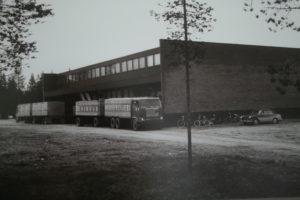 The company’s operations date back to year 1973, when Valio, a dairy owned by Finnish dairy farms, began buying and processing natural products in the Suomussalmi dairy under the name Kiantama Ltd. In 1979 Valio sold the company to Armas Kristo and Allan Lehto. Viljo Potinkara, who was the director of SOK’s juice factory in Riihimäki, became the CEO and a minority shareholder. At that time, the company’s name changed from Kiantama Ltd. to Kiantaman Jaloste Ltd. 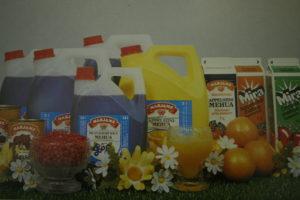 The entire 80’s were a time of strong development for the company. More freezer capacity was built and invested in a juice concentrator line. The focus of production was strongly shifted to consumer products. The Mira and Marjame brands produced e.g. juices for consumers. Expansion of production to various other natural products such as birch sap and domestic farmed and wild fish was investigated. Export development was strongly the focus of operations, and in addition to Central Europe, markets were opened in Japan. In 1986 both Lehto and Kristo sold their holdings to Viljo Potinkara.

In 1992 Viljo Potinkara sold the company to Toripiha Ltd., which operated in Suonenjoki. Arne Vasunta, who served as the business director of the city of Suonenjoki, was being involved in the trade process in that role. The owner of the Toripiha Ltd., Jussi Kylmälä, asked my father Arne to become the company’s CEO after the transaction. My father had studied in Germany at a young age and spoke the language fluently. He had also an entrepreneurial background before moving on to a civil service career. With export customers mainly in Germany and Austria, it was natural for my father to start running the business. At that time the name of the company changed from Kiantaman Jaloste Ltd. back to Kiantama Ltd.

Toripiha Ltd. gave up the ownership in 1995, when my father, me and my siblings Ville and Veera bought the business, and from this began the story of Kiantama Ltd. owned by our family. My father continued to develop the business vigorously like his predecessors. The company and the whole berry industry experienced very challenging times in the late 1990’s as the business environment changed with EU accession. However, the company survived and was able to make investments even though resources were limited.

In the year 2001, we made a generational change in the company when my father took over as chairman of the board and I, as CEO, took over the operational actions of the company. At this point, our consumer brand Biokia was also born, which got it’s name from the sensation of 21st century Nokia. In my father’s words berries were “high-tech from the province of Kainuu” and at that time Nokia was at its best Finnish High technology. The company’s operations were expanded and berry drying and various dry products were included in the product range. Throughout the 21st century there were a strong transition to new production technology. The basic idea was and still is that berries and the by-products of their processing can be utilized 100%. Research collaboration with various universities and research institutes was strengthened and the entire berry industry was heavily involved in funding research into the health effects of berries.

From the very beginning, exports have been the focus of the company, because we have understood the quality of the Finnish berry and its significance for the overall well-being of man, as well as the limited nature of the Finnish market. We have wanted to think big from the beginning. Today, more than half of the company’s production is exported.

The company still operates close to its raw material sources, in the middle of the berry forests of the provence of Kainuu, which have a long and still living tradition of collecting and utilizing wild berries. The company’s core value is summed up in the phrase “responsibly good from nature”. Our passion is berries and our goal is to make people around the world eat more healthy wild berries